Ma and Pa Beastly have been to stay . To keep the devils occupied and stop them rearranging the furniture every time I turned my back , we went on a little road trip to Westbay , adjacent to Mr Mutleys much loved Bridport.

Poor old Ma Beasty had done her shoulder in and was shuffling about like quasi modo (not that we laughed or took the piss......much mwa ha ha ha ) . It was as Pa Beasty took this picture , I noticed his shorts . They look rather nice , I said suspiciously , as Pa Beasty usually dresses like worzel gummidge
oh these are just some old rag I found in the wardrobe , he preened
But WHOSE wardrobe sniggered Ma Beasty sotto voice
I couldn't believe it the old devil had pinched my favourite Bench shorts

Pa Beasty posing in his Pilfered shorts.
Anyway short of debagging the swine , I had to leave it and get on with the rest of the day .We had a very nice lunch on the quay ,  wanderered about (a lurching shuffle in Ma Beasties case ***snigger***) and eventually retired to Dorchester to the Cafe C garden for a dorset cream tea hosted by an uncharacteristically jovial Mr C .
Replete with their free tea I then had to endure the fossils waxing lyrically all the way home about how Mr C was always their favourite son , so polite , funny and industrious..blah blah blah... Not like the rest of us dull , work shy deadweights .
I tried in vain to point out he wasn't actually their son , which was summarily dismissed as a mere accident of biology , genetics and location.....bloody cheek!

In more Cafe C news . Saturday was going so well until the oven door exploded.
I off course got the blame.:-(
So a typical week . Robbed . Disowned.Wrongfully accused ....oh and I cracked a rib staggering about with the Cafe C Stage .
But am I bitter
HELL YES!
**** kicks next doors cat***
Posted by BEAST at 20:42 18 comments: 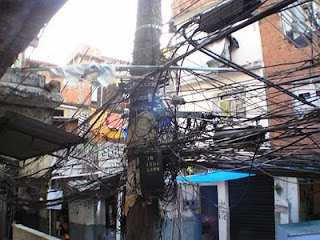 The Beasts Lair is 'sans Interwebs' at present as the 'connection has got in a knot' or somesuch technical nonsense.
I am assured that a highly trained team of technicians is Beavering* away to restore my connectivity (and bring balance to the force ****Beast waves rubber light sabre about and makes Star Wars noises*** ) 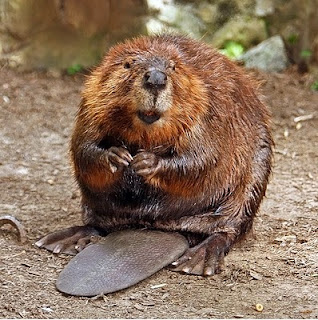 Update 8/7 . Still without Internet . spent hours on the phone to various different levels of Talktalk support ....going round and round in circles grrrrrrrrrr. I shall just sit and gaze at MJ's beaver and hope divine intervention strikes :-(
Posted by BEAST at 07:02 24 comments: